Third monographic exhibition of Daniel Dezeuze at the gallery, where his work has been regularly presented since 1995 through collective or thematic exhibitions.

If the contemporary world, by its technological inclination, tends to separate us more and more from nature, Daniel Dezeuze’s ambition is to show that proximity to nature can be the subject of an artist, in new perspective.

From the end of the 1960s to the 2000s, this exhibition evokes some of the most emblematic series: Softwood Ladders, Extensible, Pavilions, Pearls, and so on. which show how the artist gradually opened the door to chromaticism.

Like other protagonists of what is known as the last French avant-garde, Supports / Surfaces, Daniel Dezeuze’s work still suffers in France from this attachment when it has always wanted to free itself of any classification.

The Philadelphia Museum of Art is presently presenting in its collections a pertinent set up entitled Unlimited: Painting in France in the 1960s and 1970s, which underlines how this period has been particularly abundant and is still insufficiently known abroad.

In the Hexagon, Daniel Dezeuze’s news will also be marked this autumn by a retrospective exhibition at the Musée de Grenoble from 27 October 2017 to 28 January 2018 and will naturally appear in the exhibition Supports / Surfaces, origins, 1966-1970 which will be held from October 13 to December 31 at the Carré d’art Museum of Contemporary Art in Nîmes.

His works are showed in important public and private collections in France and abroad. 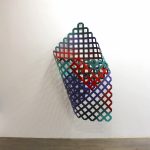 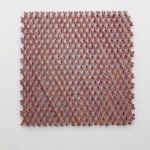 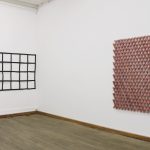 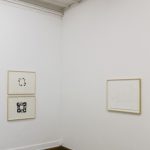